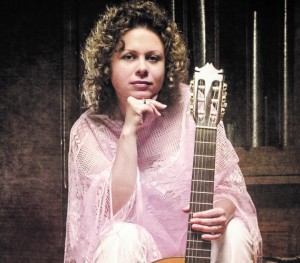 Marina Alexandra was born in the Ukraine, where she began her guitar studies at the age of six. In 1996 she immigrated with her family to the United States, and in 1998 she was awarded an assistantship to earn her Master of Music degree at the University of South Carolina. She has served on the faculties of the University of South Carolina- Aiken, SC, Wingate University, and Columbia College. She currently teaches at Furman University. Her students have been awarded scholarships to attend the Eastman School of Music, Peabody Conservatory, and University of Southern California. Under Marina’s direction, many students have also received top prizes in national guitar competitions. She performs regularly on stages throughout the southeast U.S. Marina is both founder and director of the Guitar Muse Society and the Southern Guitar Festival and Competitions.