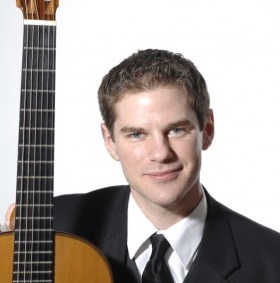 Steve Sloan has been heard in a variety of venues across four states. His first solo recording, “Constellations”, was released in 2009. Sloan has given performances at Presbyterian College (SC), Nashville Public Library (TN), Oberlin Conservatory (OH), Weaver Academy (NC), and many others. Mr. Sloan has eight years experience teaching guitar and is trained in the Suzuki Method. Steve received his bachelor’s degree from of the University of Akron’s School of Music studying under Stephen Aron, and his Master’s degree from the University of South Carolina.